Genetics of diseases, size, body morphology and pigmentation in horse 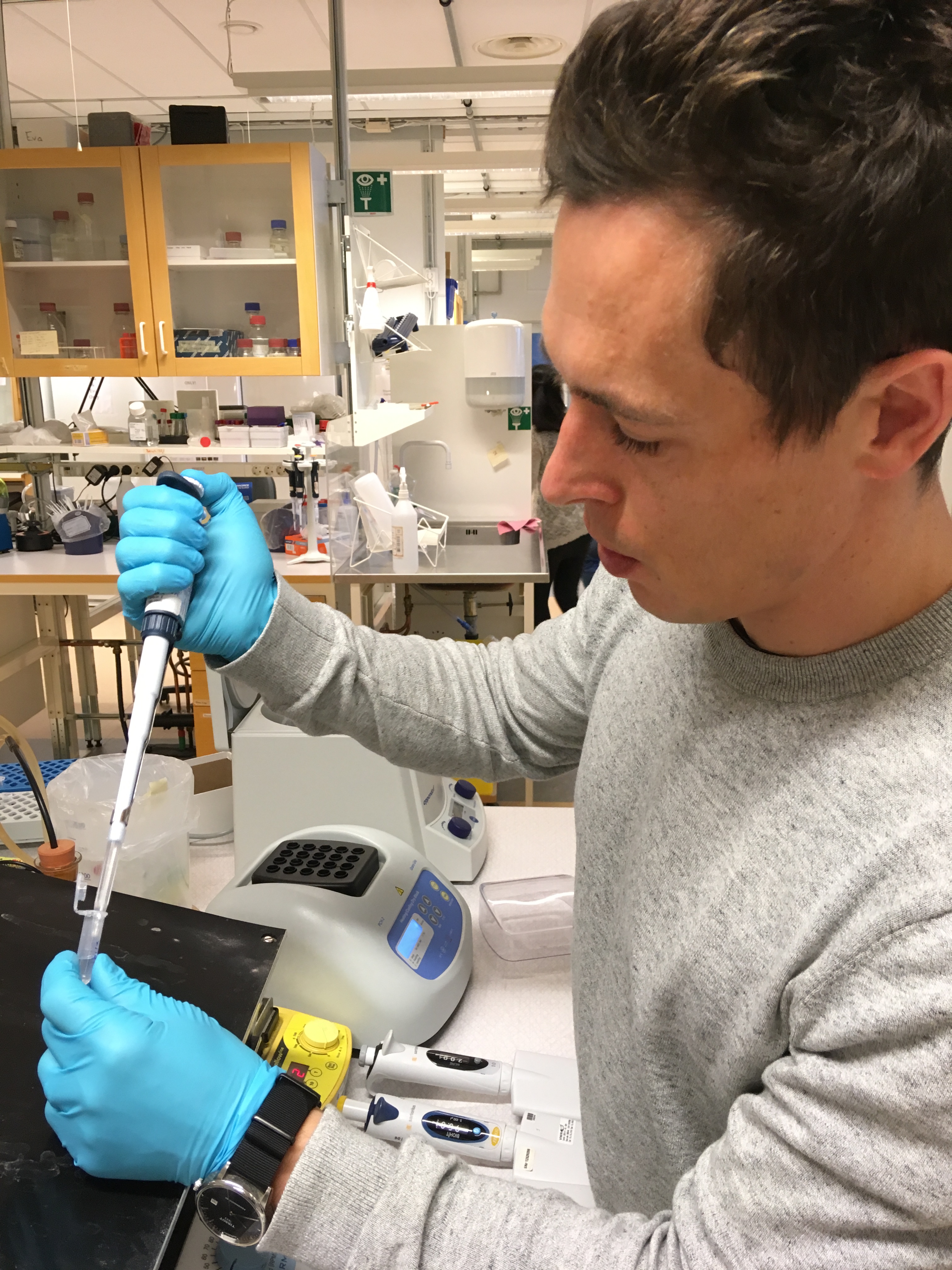 Millennia of human-imposed selective breeding for desired traits has altered the phenotypic repertoire of the horse for traits such as size, body conformation, behavior, and color, with such variation being conferred by changes in frequencies of alleles at mostly unknown genetic loci. Lately, new methods for DNA sequencing have emerged and it is now possible to determine near-complete sequences of large numbers of mammalian genomes in parallel.

The major aims are to generate a fine-scale map of genetic variation in the horse (Equus caballus) genome, including structural variation such as inversions, duplications, CNVs and large deletions. We then analyze patterns of genetic variation in various contrasts in order to detect loci affected by selection and to detect genetic variants contributing to specific traits and diseases. To achieve these aims we have sequenced DNA samples from diverse horse breeds and populations, selected to represent distinct disease/trait classes. Samples were subjected to whole genome resequencing (WGS) and obtained sequences were used in genome scans to detect signatures of selection and functional polymorphisms/mutations. We predicted functional genetic variants using bioinformatics methods and screen for alleles uniquely/preferentially observed in individuals expressing certain diseases or traits. For such candidates we proceed with association analysis in larger cohorts of horses to investigate whether identified candidate alleles are significantly associated with the traits.

Genetics and epigenetics of sexual reproduction and behavior in Atlantic Salmon

Farmed Atlantic salmon (Salmo salar) has been the subject of intense selection for increased growth, but selection alone has not sufficed to counteract frequent occurrence of reduced growth in response to early puberty. Reduced growth due to premature maturation has been mitigated by specific light regimens. It is assumed that maturation is also modulated by variation in water temperature, which could be detrimental to commercial Salmon breeding as sea temperature is expected to rise due to global warming. One mechanism by which environmental factors can influence the expression of phenotypic traits is through epigenetic modifications of DNA in animal cells, thereby affecting the activity of genes. 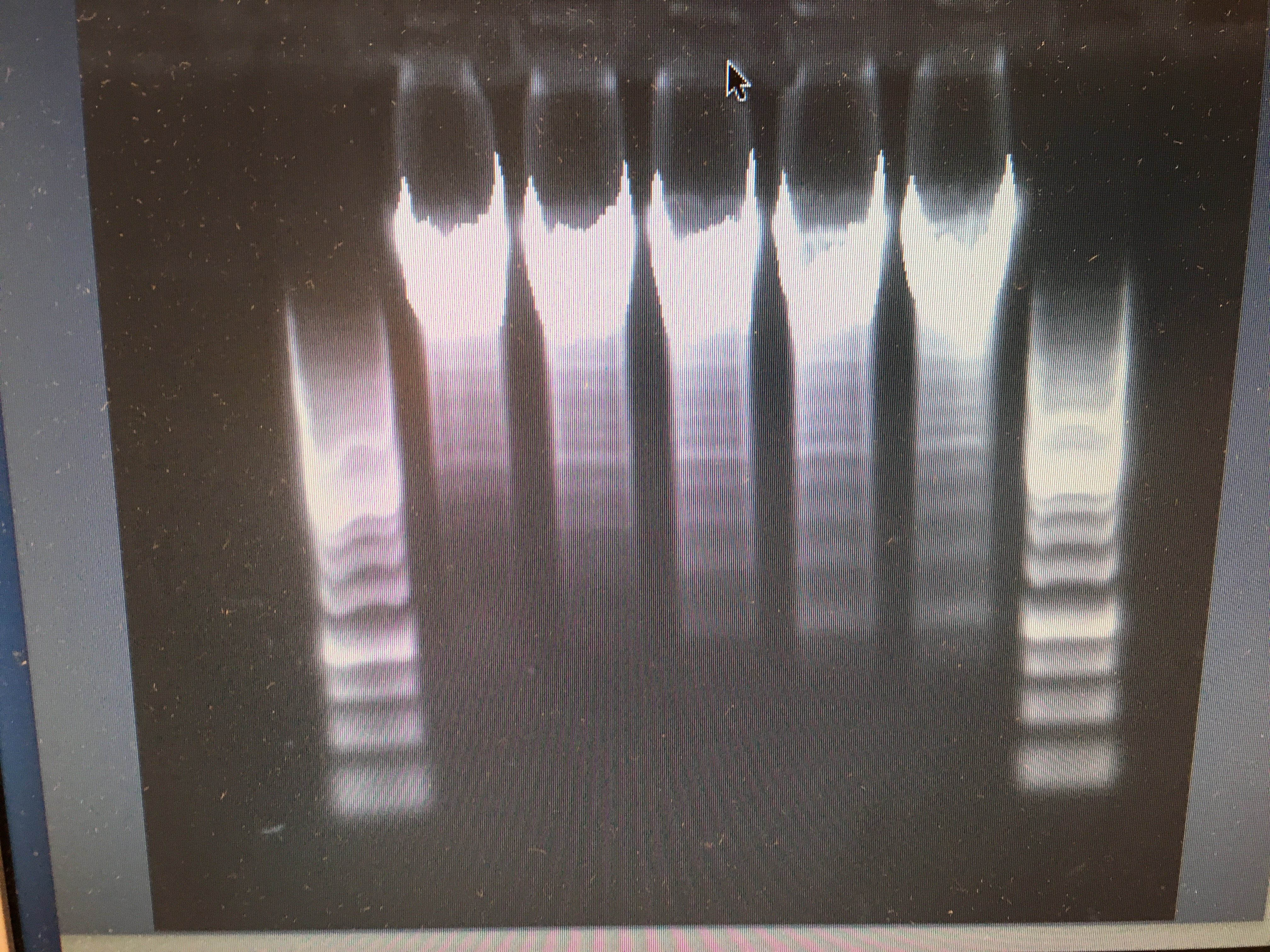 In this project we use massively parallel sequencing (genome sequencing, whole genome bisulfite sequencing, Reduced Representation Bisulfite Sequencing (RRBS), RNA-sequencing and micro-RNA sequencing) in order to, in clonal individuals, investigate changes in epigenetic marks and gene expression signatures accompanying exposure to environmental variation, including different light- and temperature regimens and stress tests during different life stages in the Atlantic salmon. Furthermore, wild salmon are known to differ for their time of sexual maturation and we recently identified that genetic variation at a single locus, the vgll3 locus, acts as a major determinant for early- vs. late sexually maturation by sequencing the genomes of late- vs. early maturing individuals from rivers along the Norwegian coast. We are now following up on this locus to investigate the mechanism of action of the identified vgll3 maturation sweep and how it performs under variable environmental conditions. The combination of global genetic-, epigenetic- and transcription profiling provides an integrated view of Atlantic salmon genome biology and makes it possible not only to study factors driving behavior and maturation, but also to provide a first functional context in terms of gene expression and regulation.

In order to evaluate the contribution of genetic- as well as epigenetic factors on a trait as complex as behavior we are utilizing lines exhibiting behavioral differences as well as clonal fish, since the latter makes it easier to study epigenetic effects without genetic variation acting as a confounder. To obtain relevant phenotypic read-outs we are utilizing PIT-tags, i.e. sensors capable of determining spatial location of individual fish in tanks or sea-cages. Data from these sensors can be used to approximate traits such as activity, feeding, swim depth etc. and these traits will be correlated with life history events as well as with read-outs from genetic- and epigenetic screens, i.e. alleles or epi-alleles.

These projects are conducted in collaboration with researchers at the Institute of Marine Research in Bergen, Norway. 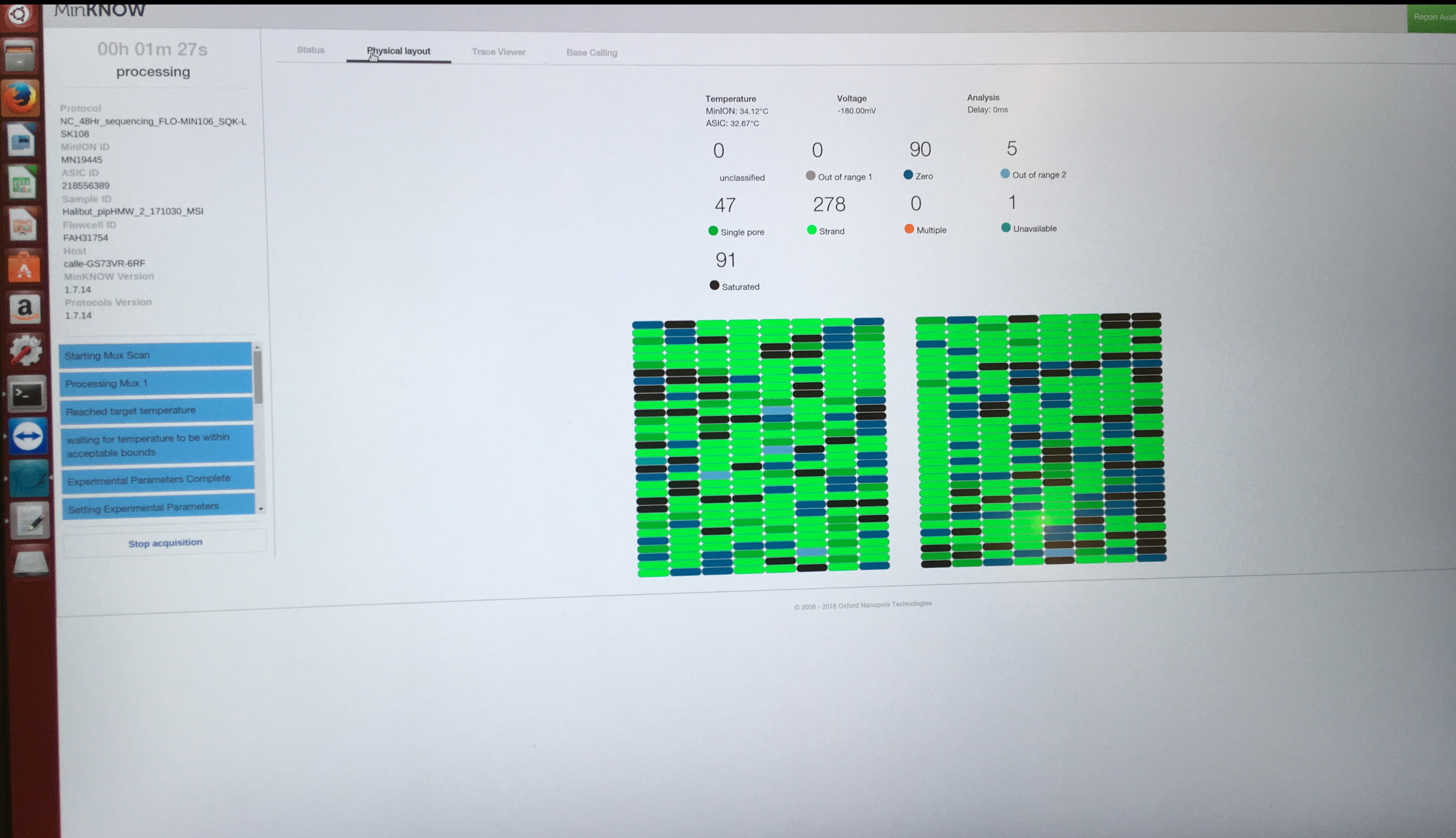 Just a few years ago DNA sequenced as a read larger than 1000 bases was considered long.  With the advent of Pacific Biosciences SMRT sequencing this idea had to be revisited, as the PacBio platform can sequence reads 20.000 bases and longer. Over the last two years Oxford Nanopore Technologies (ONT) MinION sequencing has proved to be capable of sequencing reads up towards 1 million bases in size. Long sequences are very powerful when it comes to assembling genomes, and a poular analogy is that to a jigsaw puzzle, where the assembly gets easier the fewer pieces you have at your disposal.  We are currently utilizing MinIOn sequencing to construct genome assemblies of the Atlantic Halibut, chicken and also have other species in the pipeline.

In addition, to being capable of generating very long sequencing reads, it is also possible to distinguish DNA modifications such as 5-methyl cysteine (5mC) from non-methylated cysteine by consulting the raw signal generated from nanopore sequencing. We are utilizing this feature to globally annotate DNA methylation.